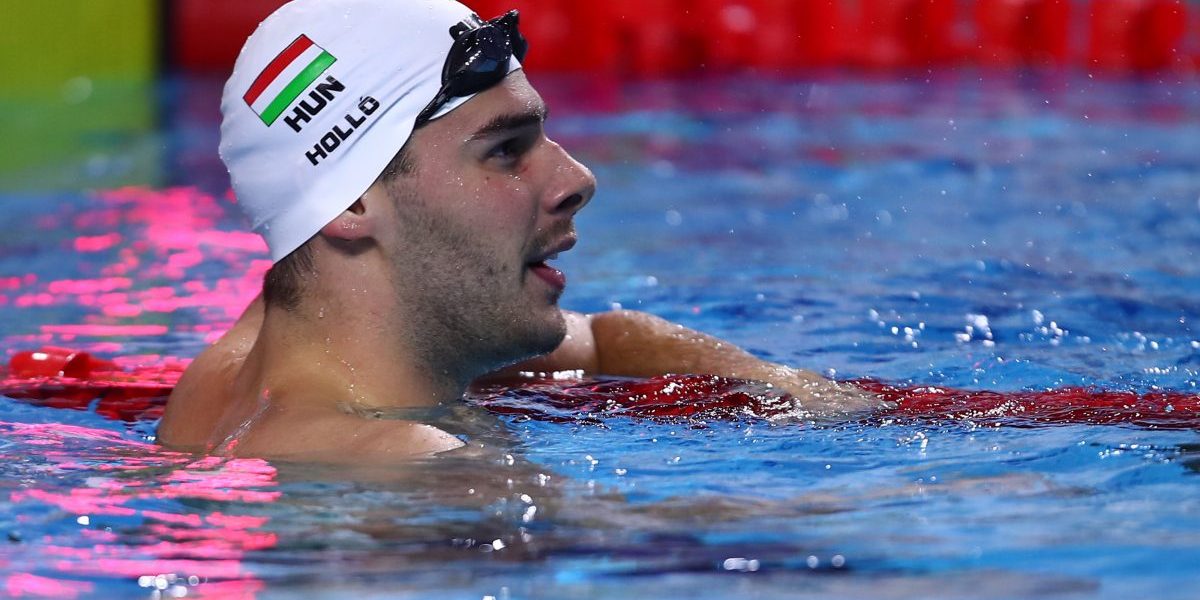 USA’s Tom Shields and Aussie Emma McKeon finished atop in the Budapest overall ranks to bag 12,000 USD apiece. Shields not only completed a butterfly treble but on the last day he won the 50m fly and the 100m back in a span of fifteen minutes. McKeon crowned her performance in Budapest with a tied World Cup record in the 100m free, the best individual effort of the meet which also secured her a third gold here. South Africa’s Matthew Sates landed two more titles to finish the week with a perfect 5/5 – the 18 year-old now leads the overall for the series among the men.

Matthew Sates completed the IM treble (100-200-400) again, so he is 6/6 so far this season in the medley events. Today he was again a cut above the rest in the 400m, thus he managed to repeat the feat of fellow South African Chad le Clos from 2011 – ten years ago Chad made the treble at back-to-back editions, in Beijing and Singapore.

Coming first in six straight medley events is a rare achievement, beside Le Clos, Brazil’s Thiago Pereira did it in 2007 (Stockholm and Berlin), Germany’s Jinka Letzin in 2001 (Rio and College Park), China’s Xian Xufeng in 2000 (Shanghai, Hong Kong), Dutchman Marcel Wouda in 1997 (Gelsenkirchen, Imperia) and Germany’s Christian Keller in 1994 (Hong Kong, Beijing). But no one managed to make it three times – it’s up to Sates to show up in Kazan at the end of the month to write history.

Sates, just like in Berlin, came back later, and grabbed the 200m free title too – it was a brilliant race where he out-touched Aussie Kylie Chalmers by 0.11sec. Thus, Sates finished with a clean sheet of 5 gold medals in as many starts and stands with 9 golds and a silver after the first two legs.

However, the overall scoring is based on the top three results only where the FINA Points make the difference among the multiple gold medallists. Sates was a bit faster in Berlin so there he topped the ranks – now it was Tom Shields who offered a bit more quality and that helped him to claim the overall title in this leg.

Well, Shields enjoyed an outstanding meet, he clinched all three butterfly titles (the last time Le Clos achieved that in Doha 2017). But the most amazing feat of all was his Saturday double when he snatched the 50m fly and the 100m back victories in a span of 15 minutes (only the women’s 200m back final was held between the two).

All credits go to Shields who, as a brilliant butterflier, held on despite he had to live in the shadow of Michael Phelps, and once the great one finished, entered Caeleb Dressel for the shorter distances, while the Hungarians, headed by Kristof Milak, flooded the 200m. So an unbeaten run in this stroke in Budapest has a special value – as Tom said when asked how he could keep up in the company of such giants.

“Man, the US is tough, but this environment is the same… Szabo (Szebasztian) and Milak, they are awesome… And I don’t want to take anything away from them but back home I had Michael, then Caeleb and they are pretty good too. But I love racing against people at their best. I love to go against these guys, I’ve done that in my whole life. I’ve never been our top guy, though I still believe I can be some time.”

And just like Milak did in the 50m, Shields also switched to backstroke and won the 100m – his feat was even more remarkable because of the tight timeframe.

“I love backstroke too. You know, in our college series I’m two-time champion in the 100 back. I haven’t done it for years but this helps to keep the skills alive.”

Arno Kamminga missed the breaststroke triple by 0.03sec yesterday (he had been kept at by in the 50m), but at least the Dutchman completed the 100-200m double by winning the longer event with ease. It was also a kind of tribute to the last edition held here when he had swept all three titles and made headlines for the very first time in his career.

“In 2019 I managed to qualify for the Olympics at the World Championships, that was a sort of relief” he recalled. “There I got the taste of it, and I was determined that I didn’t want just to be there, but I wanted to compete, go for the medals.

So I really stepped up, started to train in a more professional way, harder and harder, and then came here to Budapest and that meet really set me up for the rest of the season. I set PBs, national records and gave me a lot of motivation and helped me to learn that I was on the right track. It not only helped for those months afterwards but during the Covid-time. I knew I was in good shape and did the right things, but I could build on this World Cup for example.”

Just like Shields, Kamminga is also living in the shadow – so far –, as he needs to take on GB’s Adam Peaty who has been unbeaten in long-course events since 2014. The Dutchman claimed two silvers in Tokyo – earlier, in the 100m a couple of fine swims was so promising that some even envisioned that he could already be a threat on Peaty this summer. He was not – but on some days…

“That’s of course the goal” Kamminga said. “I don’t know what he can do but it keeps you pushing hard. It’s incredibly challenging to catch him but I know there is a lot of room to improve my races, I can go a lot faster, I just need to keep up what I’m doing and meets like this help you to go on.”

In the women’s competition Emma McKeon now didn’t miss the 50m fly gold (she had in Berlin) – so she made the ‘sprinting’ treble, and she was indeed speeding while winning the 50m-100m free and the 50m fly. Compared to Berlin, the Aussie hero of the Tokyo Olympics had even more fire and today she managed to tie the World Cup record (50.58) set by Sarah Sjostrom in 2017. It was a 980 pointer in the FINA table – the best individual effort of the week and that also put her on the top of the overall ranks here and she now also leads the combined overall where first place earns you 100,000 USD at the end.

There was another triple, Kira Toussaint could grab all backstroke titles for the first time in her World Cup career. In Berlin the Dutchwoman missed the 50m, now she had all three, and each came after brilliant swims (Aussie Emily Seebohm swept the backstroke golds in Tokyo 2019 for the last time).

As for the other events, Nika Godun added the 50m breast to her 100m title, the Russian managed to beat Olympic champion Lydia Jacoby of the US once more. USA’s Cavan Gormsen retained her 800m title from Berlin, compatriot Linnea Mack managed to upend Maria Ugolkova of Switzerland for the 100m fly gold (she had been fourth a week ago, while Ugolkova third). The Swiss then returned to grab the last female event in the programme, the 200m IM – she did in a convincing style, gained almost two seconds on Ilaria Cusinato, Italian winner of the 400m.

The meet ended in a junior World Record swim again, the young US quartet beat their own mark set in Berlin (1:41.21) – there it had been enough for the silver, now it was worth gold.