MOROZOV AND HOSSZU ARE STILL LEADING AFTER THE BUDAPEST LEG 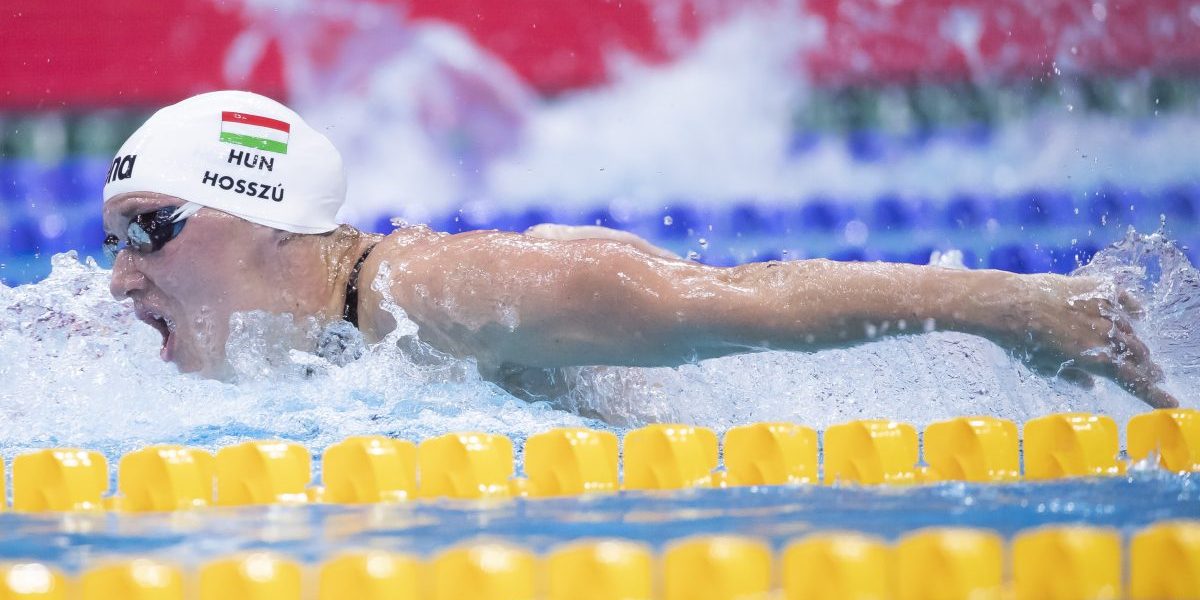 Arno Kamminga completed a treble in the breaststroke events on the last day of the Budapest stop of the FINA Swimming World Cup and the Dutch added a 4th gold in the mixed relays to join Katinka Hosszu on the top amongst the multi-medal winners. The home hero also clinched her fourth gold here in Budapest and extended her historical unbeaten run in the 200m IM to 65 races. Three swimmers added wins to have fine doubles in their respective strokes: Ryosuke Irie (JPN – 100-200m back), Danas Rapsys (LTU – 200-400m free) and Ida Hulkko (FIN – 50-100m breast). Overall top-ranked Vladimir Morozov and Katinka Hosszu both extended their lead after the fourth leg, though Aussie Cate Campbell managed to come up with the best individual effort while triumphing in the 100m free to stay close to Hosszu.

A brilliant battle kicked off the last day of the Budapest meet, it was a kind of Yuki Ikari vs Hungarian ‘IM army’ as the Japanese had to take on the best of the host nations’ medley swimmers in the 400m, including world silver medallist and European champion David Verraszto. Over the breaststroke leg Verraszto swam in front but Ikari managed to out-speed him from the 250m turn and pulled off a fine win. Aussie Thomas Fraser-Holmes, winner in Jinan and Singapore, had to settle for the 5th place as other strongmen of the local ‘army’ (Balazs Hollo and Gergely Gyurta) passed him.

Mireia Belmonte showed something from her heydays in the 800m free, the Spaniard finally won a World Cup race after many ups and downs in the recent past. Overcoming her health issues, she seems to be able to return to her top form, though now she could come up with a fine swim in the longest distance (she had a silver from Tokyo). It’s yet to be seen if she could make it back to the elite in the 200m fly – where she is the reigning Olympic champion – and in the 400m IM where she is the only one who could beat Katinka Hosszu in the last six years.

There was no need to put up any ‘Make some noise’ feature on the giant video walls as the next three events all saw a Hungarian (or more) in front and the fans – again some 4,000 came to create the usual magical atmosphere – were at their best to push loudly the Magyars who made a golden treble.

Zsuzsanna Jakabos offered some fine speed to clinch the 100m fly title with a great finish after turning 5th. By adding a bronze in the 200m IM, she finished the meet with 6 medals altogether, the highest among all participants considered.

Next came the hosts’ new muscle-man, Szebasztian Szabo, a native Hungarian born in Serbia, but today a proud national team member, who stormed to win the 50m fly (after silver in the 100m and a gold in the mixed free relay). The golden rush was completed by Kata Burian who cruised to victory in the 200m back.

Among the men’s backstrokers, Japan’s Ryosuke Irie made the 100-200m double with another smooth swim, this time in the shorter distance. Finland’s Ida Hulkko also clinched a double, it came on 50-100m in the breaststroke.

But Arno Kamminga outperformed both as he managed to bag all three breaststroke titles, this time he rushed away after the halfway turn and win the 200m with ease – and more importantly for him, a personal best. His 2.07 is an alarming sign for the other greats (and by far the best effort in the men’s races in this leg): the Dutch is ready to join the big boys’ party in the near future.

Aussie Cate Campbell overcame her minor disappointment (she left the pool empty-handed after the 50m free on the opening day, coming 4th) – and the current runner-up in the overall race did a brilliant job in the 100m, her 53.00sec was the women’s meet’s best effort based on the FINA points, and the bonus kept her close to Hosszu in the overall.

Then, as a worthy finish to the three-day spectacle, Katinka Hosszu fulfilled the crowd’s expectations and won the 200m IM pretty easily. It was her 4th gold here, the 9th for the Magyars but on a more significant note, it was her 65th victory in a row in this event (at only FINA and continental championships and World Cup races, long- and short-course included). The last time she lost a 200m IM race dates back to 15 December 2012 – since then no one could get ahead of her, an extraordinary run indeed.

The Netherlands 4x100m mixed relay’s triumph concluded the Budapest leg, only to put Arno Kamminga to the top of the winners’ list among the men as it was his 4th gold in these amazing three days.

The Budapest leg didn’t shake up the overall standings that much. Vladimir Morozov, winning 3/3 here thus claiming the maximum ranking points possible (and resting on Sunday) extended his lead 66 points, ahead of Danas Rapsys who moved to the second place. Among the women the race for the $150,000 top prize is much more exciting, Katinka Hosszu doubled the gap but it’s still only 12 points ahead of Cate Campbell and here the race for the third place looks quite tight.

Also, the contest for the cluster prize money looks pretty balanced, Arno Kamminga currently tops this ranking with 60 points, Morozov is second with 54, while Rapsys (33), Irie and Milak (30 apiece) will have a big fight for the third place. The women’s standings promise some thrills too with Hosszu atop (48) followed by Campbell and and Toussaint (42-42).

Stay tuned, the next stop in Berlin is going to offer sheer excitements – and it’s in the corner, beginning next Friday!