HOSSZU AND MILAK FLY HIGH TO LIGHT UP THE DUNA ARENA 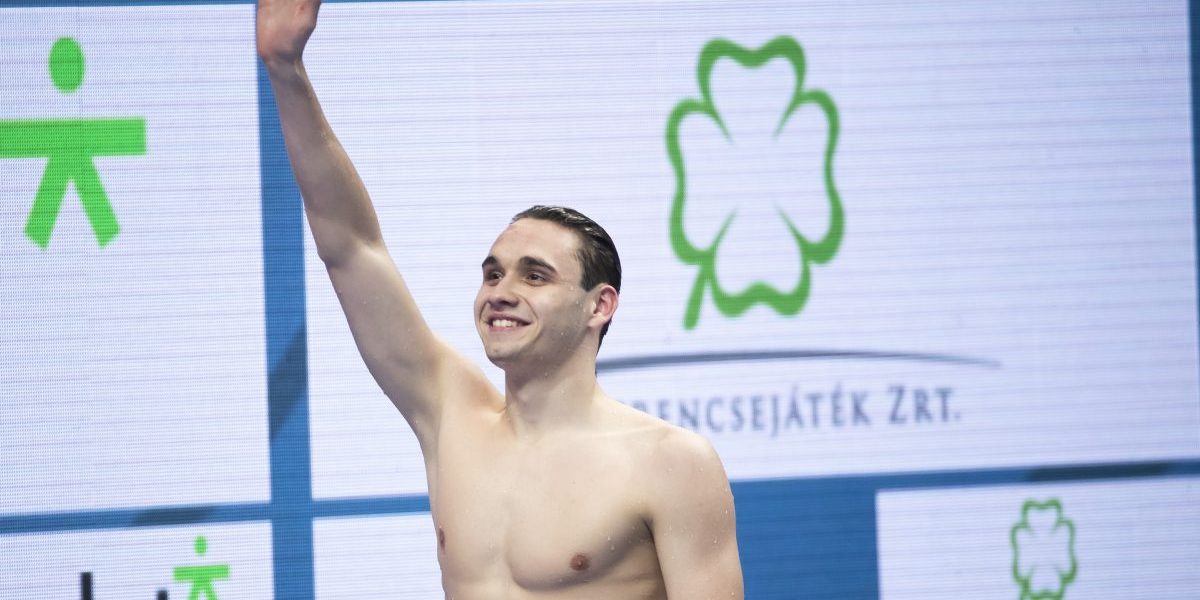 The 4th leg of the FINA Swimming World Cup kicked off with some outstanding races in the magnificent Duna Arena, home of world-class swimming since the 2017 FINA World Championships. Russian overall leader Vlad Morozov clinched his 100th World Cup gold in style by winning the 50m free. Hungary’s new super-hero Kristof Milak came up with an outstanding silver-gold combination in a span of 20 minutes in the 400m free and the 100m fly while the female overall leader Katinka Hosszu grabbed gold in the 200m fly.

Maddy Gough didn’t leave any chance for her rivals in the session opening 400m free final as the Aussie rushed to the front at the beginning, built a massive body-length advantage and kept it till the end – adding one more win after she had come first in the third leg of the series in Singapore.

The men’s final was a much more thrilling contest as Danas Rapsys, winner of each gold in the first cluster in the 400m, sneaked to the final in the 7th place so the Lithuanian swam outside on lane 1. Rapsys, who had touched first in Gwangju but had been disqualified for a false start, set up the pace, led throughout the race and seemed a sure winner. However, Hungary’s fly specialist Kristof Milak, racing next to him (having won this event exactly one year ago at the Youth Olympic Games), staged a surprise late surge and almost caught Rapsys but the Lithuanian reacted well and withstood the pressure.

The women’s 50m back went to Netherlands’s Kira Toussaint, while in the 200m backstroke Japan’s Ryosuke Irie was no match for the others, he got inside 1:57min while only two others managed to clock sub-2min efforts. One of the two, Adam Telegdy got the silver medal, much to the joy of the home crowd – and to his fiancée, Boglarka Kapas who watched race in the last call room and was called on stage in the next final in the women’s 200m fly.

The distance belonged to the Magyars in Gwangju – both titles went to their swimmers, the men’s one to Milak and Kapas claimed gold among the women. Now she faced a stiff challenge from her compatriots Katinka Hosszu and Zsuzsanna Jakabos but at the halfway mark Denmark’s Helena Bach led the race a bit surprisingly and she was still in front at 150m. The last leg brought something different, Hosszu blew up the field, rushed away with Jakabos and won with ease, Kapas this time had to settle for the fourth place.

Next came (back) Kristof Milak: after just 20 minutes of rest he reached his top gear in the 100m fly and touched first with ease. In fact, he recalled the fond memories of the 2017 FINA World Championships when he had made his first big splash by finishing runner-up in this event as a virtually unknown 17 year-old kid. By now he has become the poster boy of Hungarian swimming – and the official programme of this World Cup – and with his opening day performance he just sent another strong signal that he was capable of achieving more big things.

The ‘breaststroke part’ saw fine wins from Slovenia’s Tjasa Vozel (in the women’s 200m) and Netherlands’ Arno Kamminga who clocked a fine 59.05 to clinch the 100m title among the men.

The session ending dash-parade produced magnificent races as expected, especially the women’s field featured some of the biggest stars, Olympic champions Cate Campbell and Ranomi Kromowidjojo – however, the gold landed in the hands of Sweden’s Michelle Coleman who managed to touch in first in a competition where the first four stormed to the wall within 0.13sec. She is now even with Campbell after four legs in the 50m, the Swede won in Tokyo and here while the Aussie was the victor in Jinan and Singapore (though while Coleman was runner-up in these latter two meets, Campbell was only fourth here, a kind of setback for her in the race for the overall title against Katinka Hosszu who, holding a 6-point lead after the first cluster, already bagged a gold here).

Finally came the leader of the men’s overall, Vladimir Morozov and did not commit any mistake while making 4/4 in the 50m free this season. He just copied his winning time from Tokyo where he raced tapered just some days after the World Championships so his 21.50 here (the best time based on the FINA points on Day 1) is really a worthy effort to celebrate his 100th World Cup gold medal.