KATINKA HOSSZU COLLECTED THE MOST MEDALS AMONG ALL COMPETITORS! 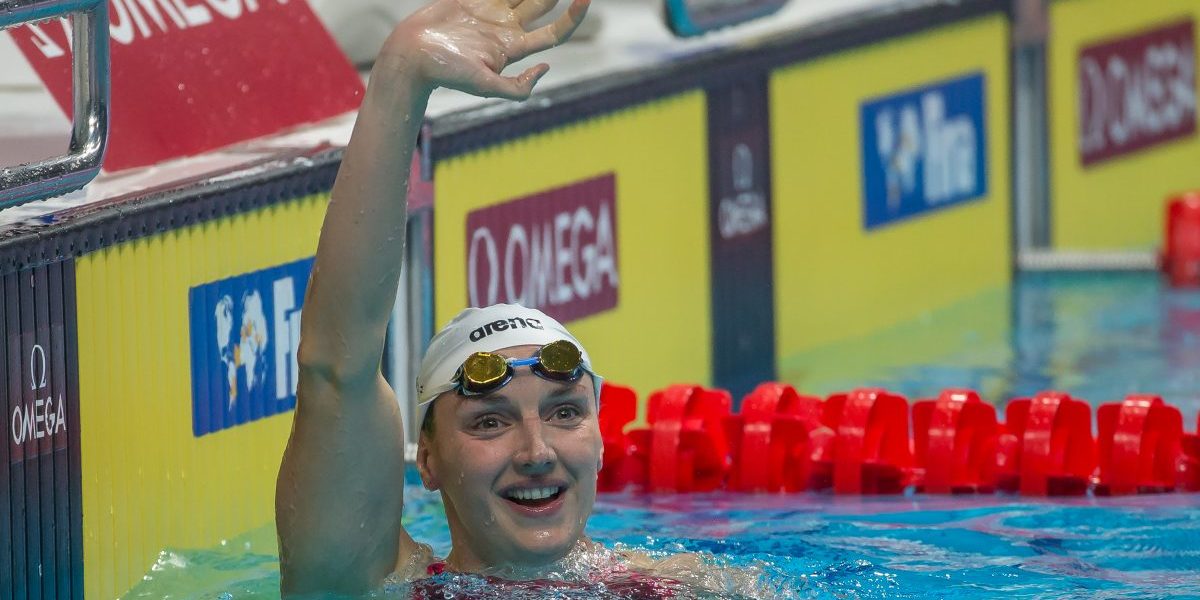 Another big day for swimming in Budapest: a capacity crowd of 5,000 roared on the closing day of the FINA Swimming World Cup as Brazil’s Nicholas Santos brought down the 9 year-old WR of the 50m fly (21.75), then Jamaica’s Alia Atkinson bettered her own global mark (28.56) in the 50m breast. China’s Jianjihae Wang set a new World Junior Record in the 800m and as a bonus she won the second cluster overall. The men’s 50,000 US dollars went to Russia’s Vlad Morozov. Ranomi Kromowidjojo (NED) finished the meet with five golds, while home hero Katinka Hosszu amassed seven medals.

Whenever one recalls the best memories from the 2017 FINA World Championships, almost always the electrifying atmosphere of the Duna Arena comes up first when the sold-out evening sessions saw 12,000 people roaring on the tribunes, presenting a once-in-a-lifetime experience for those in and around the pool. Well, not the same but still something similar was witnessed on Saturday: the Arena even in legacy mood can turn into a quite noisy place when 5,000 people – the current maximum capacity – start cheering. Or yelling if something extraordinary happens.

And it happened on the closing day of the 4th leg of the World Cup.

The first giant check was just handed over to Nicholas Santos after the Brazilian smashed the world record in the 50m fly when the backstage staff had to speed up to be ready for the next presentation as Alia Atkinson swam in world record-beating form too.

Santos’s feat is absolutely fabulous as he managed to bring down a record having been clocked in the shiny suit era. Back in 2009 people were convinced that many of the WRs, especially those set in dash events, might last forever. But swimming didn’t stop developing and as a proof in the short-course pool only 2 shiny WRs remained to be beaten for the women (50m fly, 200m breast), while there are five more to be hunted down for the men (100-200-800m free, 50-100m breast) – the 6th in the line just fell, thanks to Santos. He shaved 0.05sec from Steffen Deibler’s 21.80, clocked in Berlin nine years ago.

And the roars were back soon as another WR was established, again in a dash – Alia Atkinson beat her own mark set two years ago in Tokyo in the 50m breast, by 0.06sec.

Kelsi Dahlia’s (nee Worrell) achievement of catching Sarah Sjostrom in the Swede’s No. 1 event – 100m fly – is something otherwise would have made the headlines but this remained a bit in the shadow of the two WRs. Still, it was a World Cup record (54.84) and a brilliant swim from the American.

While Sjostrom has golden memories from the venue last year (earned three titles and a silver plus broke two WRs), the Swede’s current meet didn’t unfold as she might have expected as later she was kept at bay in the 100m free too – again by Ranomi Kromowidjojo. The Dutch won their sprinting duel 3-0 here in Budapest (50-100m free, 50m fly) thus Sjostrom had to settle for silver in all four speedy events (where she usually ruled the field last year in before this stop) plus in the 100m IM and clinched gold only in the 200m free this time. On the contrary, it was a golden weekend for Kromowidjojo who was also part of the winning Dutch relays so bagged five titles in Budapest (plus a bronze).

As usual, Katinka Hosszu amassed the most medals among all competitors, seven, she delivered her usual IM-treble (won the 200m on Saturday), added the 200m fly and had three more bronzes (100-200m back, mixed free relay).

“I clocked my season-best in the 200m back but I’m not really satisfied with it as it’s usual with me” she smiled at the end of the session. “But if I think of the fact that I’ve had normal trainings only in the last two months – I mean, quality practices I’ve used to in the past – I should be happy to have reached this level already. Back in August, at the Europeans, I didn’t think I would be in this shape by now so I’m very much content with my four gold medals here.”

And we heard the crowd – they were absolutely happy with those wins too. (The roars welcoming Hosszu on stage were perhaps even louder than on the occasions of the WRs…)

Aussie world champions Mitch Larkin and Emily Seebohm both maintained their one day-per-title rhythm. Seebohm completed her backstroke triple by winning the 200m – it was a tremendous race as she saw off Kathleen Baker (USA) and Hosszu – while Larkin added the 100m back title to her 200m wins (in back and IM).

As for the other winners, Japan’s Daia Seto won the 400m IM once again while USA’s Blake Pieroni finally got gold in the 200m free after being runner-up in the 100m and 400m.

In this latter event Russia’s Vladimir Morozov claimed a bronze, that was his 6th medal in Budapest (3-1-2), a nice collection and together with his WR from Eindhoven it was more than enough to win the second cluster with ease (Santos jumped to second, thanks to his WR and the ensuing bonuses in the scoring).

The women’s bonus of 50,000USD went to Wang Jiajaihe who finished ahead of Alia Atkinson – the Jamaican, thanks to her WR, also passed Sjostrom in the cluster ranks.

However, Sjostrom is still very much in the driving seat in the overall, she enjoys a 42-point advantage ahead of Hosszu and 51 of Efimova. Among the men, things are getting back to ‘normal’: though Anton Chupkov surprised many by finishing atop in the first cluster, compatriot Morozov took over the lead and built a 74-point gap over Larkin (Chupkov is still third).

Now the swimmers can head home to have some rest and practice before the World Cup gears up again in November when the third cluster is due in the Far East – the traditional legs will be staged as follows: Beijing on 2-4 November, Tokyo on 9-11 November and Singapore on 15-17 November.