THE MOST FAMOUS EEL IN THE HISTORY OF SWIMMING WILL ALSO ATTEND THE WORLD CUP IN BUDAPEST! 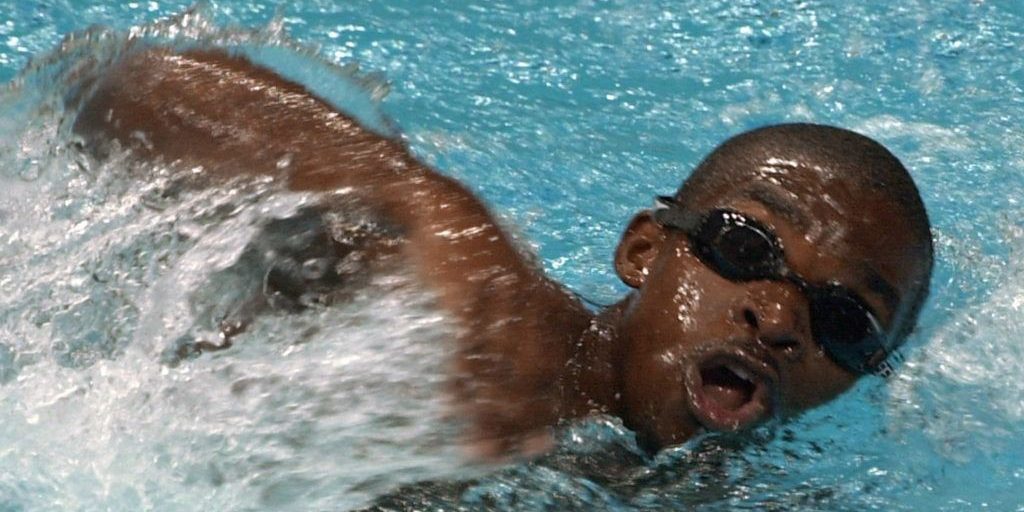 A special event opens the Fina World Cup Budapest leg, with an unforgettable guest! Do you know who was the swimmer who won the heart of many during the 2000 Sydney Games, simply because acting according to the famous Coubertin spirit “The most important thing in the Olympic Games is not winning but taking part”?

Yes, it’s Eric Moussambani (pls. check his inspirational video attached). Eric the Eel will compete in the Duna Arena on 4 October! But now he will not be alone in the water as during the Sydney Games, since some Hungarian star athletes and champions will join him for a unique 50-meter gala swim. This is an absolute must see event!

Some pictures and the preparation of the participants of the gala swim will soon be revealed.

Why did Eric become „Eric the Eel”?

When Eric Moussambani arrived at the 2000 Sydney Games, he’d only been training for the 100-meter freestyle for about eight months. He’d never been to and seen an Olympic-sized pool and had never raced more than 50 meters. Regardless of all that, he was determined to represent his country.

The three wild-card qualifiers were given their own heat, and Moussambani took to the blocks next to swimmers from Niger and Tajikistan. When the official called the swimmers to their marks, both of Moussambani’s competitors were disqualified for false starts. Left to swim the heat by himself, Eric dove in and dog paddled, gasping for air and flailing his arms and legs. Halfway through the race, the situation looked so dire that some commentators seriously worried he was drowning.

When Moussambani eventually stalled out 10 meters from the end of the race, the crowd rallied behind him as he inched toward the finish. As he finally pulled himself from the water, the applause thundered. His final time was 1:52.72—more than twice that of swimmers in the previous heat. But Moussambani couldn’t have been happier. Ecstatic to have finished his first 100-meter race, he told reporters, “I’m going to jump and dance all night long in celebration of my personal triumph.”

Moussambani’s pluck and perseverance made him an Olympic celebrity, and his newfound fans dubbed him “Eric the Eel.” He kept training for the 2004 Games and even got his time down to a respectable 57 seconds. Unfortunately, a visa snafu kept him from competing again. This time he’ll have a chance t make up for this lost opportunity. Come and watch the race before the Thursday afternoon finals!