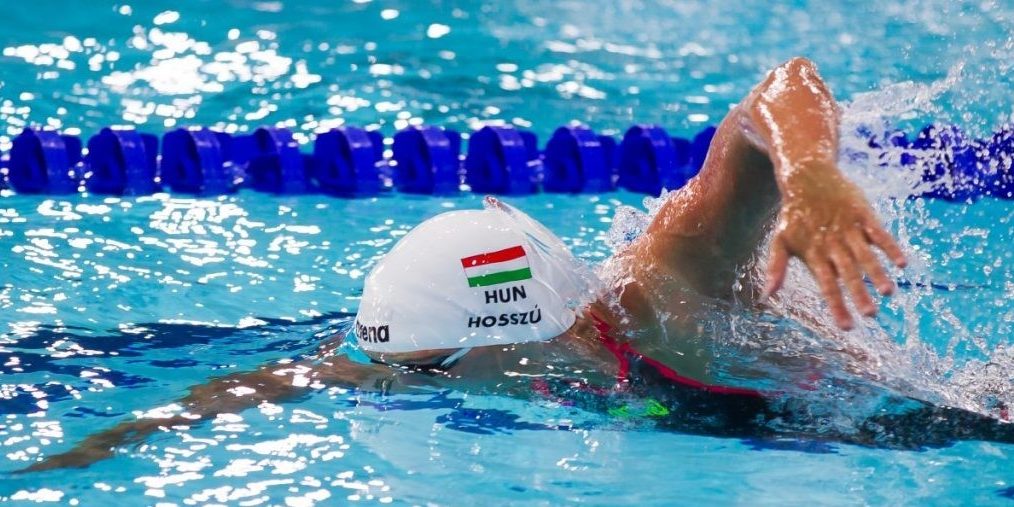 The second day of the Doha meet was also fruitful for the Hungarian Katinka Hosszu who continued to shine with another two gold medals and two bronze, raising her number of medals in this leg to four gold and three bronze.

The final of the women’s 400m individual medley gave, as expected, the gold medal to Katinka Hosszu with a time of 4:39.56. Her teammate Zsuzanna Jakabos came second with 4:44.87 and the Spanish Alba Vazquez Ruiz was third in 4:48.68. Katinka also won another gold medal in this second day, when she touched first in the 100m backstroke final, with a time of 59.63. Kira Toussaint from the Netherlands was second in 1:00.05 and the Spanish Tamara Frias Molina came third with 1:02.47.

200m butterfly, Maksym Shemberev from Azerbaijan won the gold with a time of 1:58.45, the second was the Hungarian David Verraszto with 1:58.70 and the third place was for the Chinese Yuhang Wu in 1:59.81.