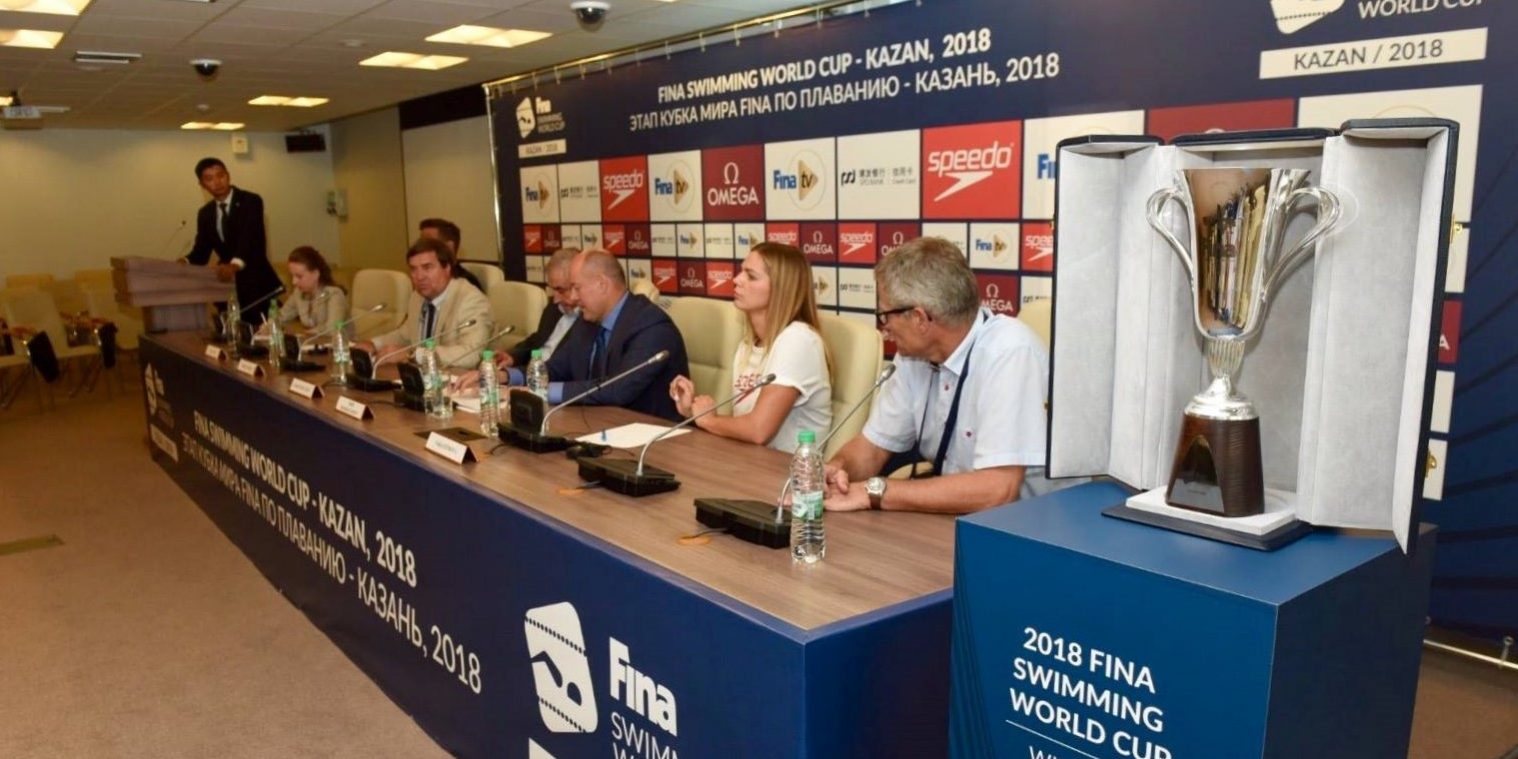 The FINA Swimming World Cup trophy was presented at the opening press conference of the inaugural leg of the circuit that will take place in Kazan’s Aquatics Palace from September 7-9.

For the first time in history, the winners of the overall ranking will be awarded not only with a solid US$ 150,000 cheque, but with a more tangible prize.

The trophy itself is made of silver. However, this is not its main value, as stressed out by FINA Executive Director Cornel Marculescu: “At the end of the Series, the best athletes will receive this great souvenir to remember the highlights of their performances at the World Cup”.