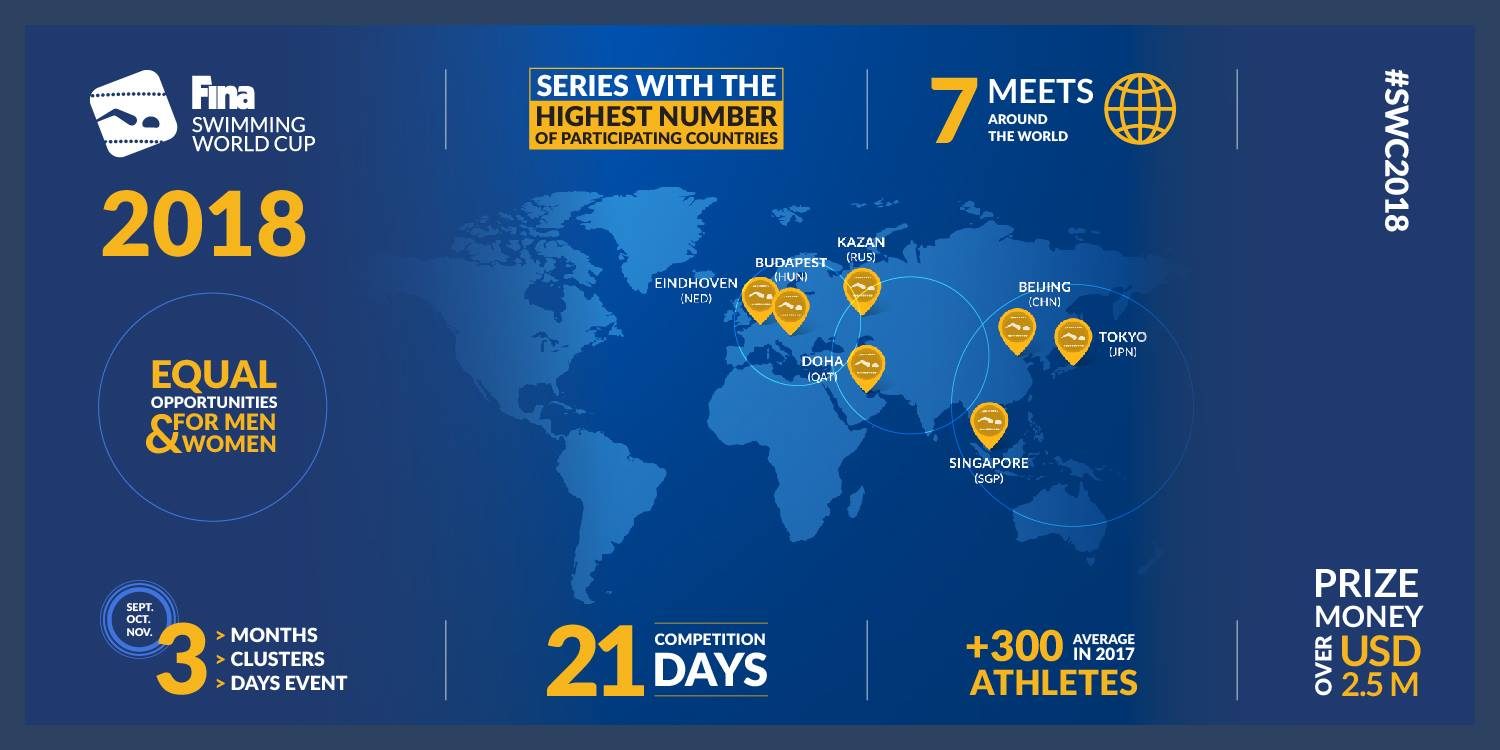 The countdown has begun: soon again the top swimmers will compete in the Danube Arena! On 7th of september in Kazan (Russia) will start the World Cup season 2018. The fourth location of the series on 4-6th of october will be Budapest, where we can encourage the best swimmers in the Danube Arena! Re-live last year FINA World Championships atmosphere and re-fill the stands!

Seven internationally reknown host cities have confirmed their commitment, all ready to provide outstanding facilities and a backdrop for elite performances.

Detailed information regarding each host city, such as venue info, dates and competition schedule, is now available on FINA website in the respective INFORMATION BULLETINS.

A revised format for the 30th edition of the Swimming World Cup will be tested. The seven-leg competition will integrate meets held in 25m-pool as well as meets in 50m­-pool, with the main objective to increase the level of participation.

As per usual, the 2018 circuit will be divided into three Clusters, including two legs in the first two stages and three in the final Cluster. The World Cup distributes a total of prize money reaching over US$ 2.5 million equally awarded between the genders.

The first two meets will be held in a 50m -pool, with a total of 32 individual events and 2 relays.

The second and the third Clusters however will be raced in 25m-­pools and comprise of 34 individual events and 2 relays.

All meets will run across three days and swimmers are allowed to swim an unlimited number of individual events, however only the best 3 results will count toward the ranking/scoring.

You will be able to follow LIVE all the pool action on FINAtv.